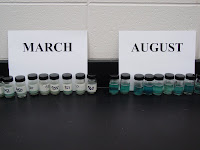 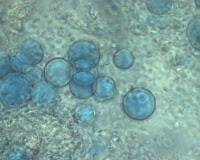 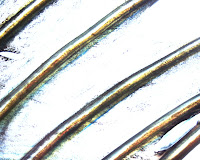 Blue pigment (Sandercyanin) is produced in membrane-bounded vesicles (440x) just posterior (toward tail) to each dorsal spine and next to an adjacent blood vessel.